Various games and disciplines are the foundation of the City Games project. They are fun and entertaining, but often also educational, promoting some common values like friendship and healthy competition. Our aim is to make the whole show as attractive as possible, so every year we come up with some new games or we add something new to already existing ones.

New game for this season is “Paddle”, which we tried out in last year’s international finals and it turned out so great, we’re adding it to 2016 qualifications as well. You probably know paddling was vital to master for travelling and fishing on sea, rivers and lakes. It’s been like that since the beginning of times and in smaller communities still is. Competitors are fighting to pull the rival team and that way prove their superiority. It’s all about teamwork and strength! The game is physically very demanding, which can be seen on players’ faces, so they’ll need all the cheering they can get!

For this year we’re bringing back “Tourist rescuing”, this time on SUP boards! Of course there’s a story behind it: very often tourists forget the sea can be quite unpredictable and they end up somewhere at the sea, lost and scared, hoping someone will come to the rescue. That someone are usually the local lads, brave enough to do a good deed, win tourists’ hearts and maybe even earn a kiss!

You’ll see we’ve changed some other games from previous seasons as well, but we won’t go into details now, come and see it for yourself, it’s way more fun that way!

One thing is certain for all games: we’re all going to have a great time playing them! 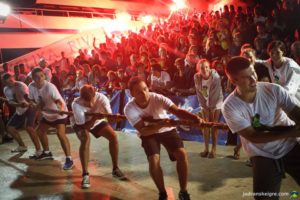 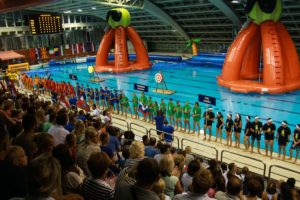 5 main reasons to be a part of City Games