Cesarica team from Karlobag won at yesterday’s Games in Posedarje. It’s basically the same team competing for the past 6 years and still looking for their opportunity to get into the finals. Posedarje’s waterfront was full of people enjoying the competition that saw teams battleing in fishermans crates, tourist rescuing, donkey race and tug of war. 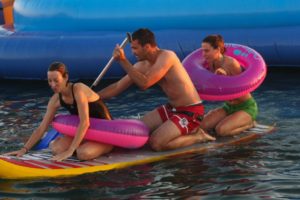 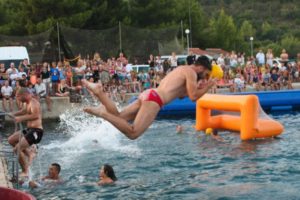