We got another team for international final in Biograd!

Seven great teams from all over Bosnia and Herzegovina competed yesterday in country’s City Games final. Neum’s waterfront was packed with crowd that was really in the mood for cheering while their favorites competed in flying water polo, sea alka, prosciutto, water basket and tug of war.

Team Brotnjo from Čitluk was the best and with 51 points deserved the gold, also winning the ticket for international final in Biograd. Team Muzgavci from Neum ended up second, while team Plina were third-placed. Bit less lucky were Majkovi from Mostar, Čelik from Zenica, Tinčići from Posušje and Sarajevo team.

We’re now heading back to Slovenia for the second Slovenian semi-final in Radlje ob Dravi! 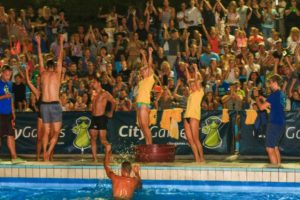 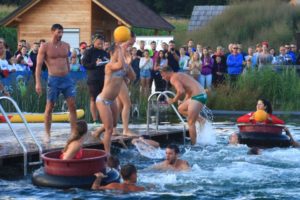