This year’s first semi-final in Slovenia was more than exciting!

The pool in Ajdovščina was packed, the atmosphere was wicked and the teams were in great mood for proving they deserve the final in Kranj. They competed in flying water polo, tourist rescuing, donkey race, prosciutto, water basket and paddle. Velenje team won this evening, which is no surprise, as they are well experienced when it comes to City Games – last year they represented Slovenia in the international semifinal. This year they want to go further!

Second-placed Ivančna Gorica also got the ticket for Slovenian final in Kranj. ŠKK Team from Kamnik ended up third, while a little bit less lucky were the hosts, Triatlon Klub and XS Power team from Ajdovščina, and #ZaraTeam from Tolmin.

We’re now leaving for Bosnia and Herzegovina, our next stop: Neum, BiH final! 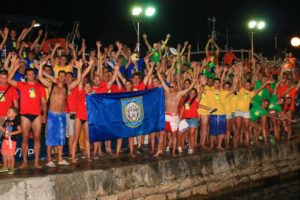 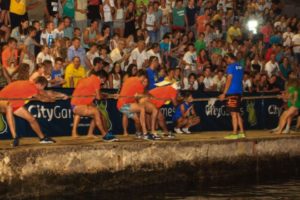