We had great time on our second stop in Serbia!

City pool in Kraljevo saw 7 teams from 7 cities competing in five attractive games: flying water polo, tourist rescuing, water basket, prosciutto and paddle. They all gave their best, but in the end, Kragujevac team won with 57 points and therefor qualified for the finale in Zlatibor, along with teams from Trstenik and Kraljevo. Huge audience had the pleasure of seeing one well known face in the winning team: Marko Pavlovic, owner of European gold medal and world silver medal in thriatlon. He said he loves to compete, but also to relax, since he has very stresfull job, so City Games were good opportunity for both.

Next stop: Zlatibor! On our first Serbian finals we’ll find out what team will represent Serbia on big international semi-final in Biograd na Moru and compete with teams from 11 other countries. 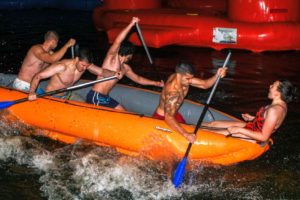 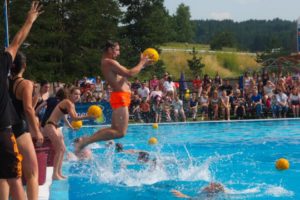