Sharp fight was lead on Banjica pol in Knjaževac in second 2019 City Games Challengers. Six games and six teams, and place for only one in semi-finals that will be held in Loznica on July 16th.

Prokuplje, Niš, Sokobanja, Knjaževac, Boljevac i Zaječar fought until final whistle in very uncertain competition.
Home team dominated in most games and early secured first place. But real fight was for the second place due to the fact that Knjaževac team won their place in semi-finals in Sokobanja Challenger.
Sokobanja, Prokuplje and Zaječar tried to win that golden second place from game to game until a decisive Paddle after which it was obvious that Zaječar will participate semi-final with 43 points won. Sokobanja team has lost that battle for only 5 points and won bronze medal.

Prokuplje team placed fourth with only one point less than Sokobanja team, and Niš fifth with 25 points. Boljevac team had less luck and placed sixth with only five points lost.

Loudest and most cheerful were supporters of home team that won big 52 points and brought one more golden medal from City Games to their city.

“It is best when you compete in front of your fans, they gave us additional strength and that is the main reason why we finished so much a head of other teams. We hope and believe we will perform well in semi-finals and finals and win a chance to represent Knjaževac and Serbia in international finals that will be held in 2020 in Slovenia” – said captain of Knjaževac team.

City Games continues its journey and its next stop is Zaječar where the Challenger will be held on Thursday July 11th. 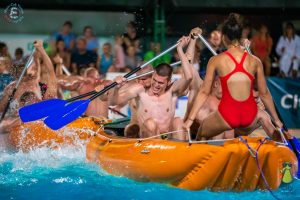 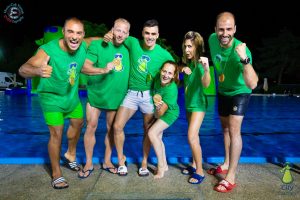