“We are very happy and proud that we managed to qualify for semi-finals  as representatives of our city. We gave our best and knew that we have to win all bouts in final game and we succeeded.”, sad the captain of Knjaževac team.

“It wasn’t easy. We are very sorry that we have lost gold medal. But we are not going to back up, we will participate next qualifiers and hope to win there” said Team Prokuplje captain.

All teams were loudly supported from their fans so the stands were completely filled with supporters but the loudest ones were the supporters of Sokobanja team.

“We are very happy and motivated by our supporters. When they are cheering it is easier to perform for us. These games are not as simple at all and it was a first time for us. We will do better next time”, said captain of Sokobanja team.

President of Sokobanja Municipality Isidor Krstić who was also supporting home team pointed out that Skobanja proved as great host of water games: “I am really pleased. We have shown great effort and really hope that our supporters are satisfied. We are all winners here, and that is most important in the end of the day”

City Games caravan continues with challengers and next stops are Knjaževac on July 8th followed by Zaječar on July 10th an after that a semi-finals in Loznica on July 16th. 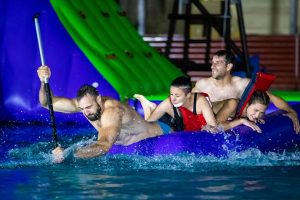 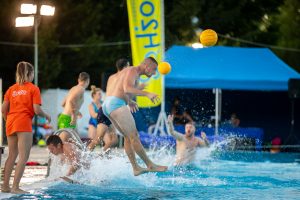 Zaječar won a place in semi-finals after Challenger in Knjaževac