City Games tour has come to the southest point of the Serbia as the last challenger was
organized. On the pool Koštanin in Vranje spectators was cheering for six teams –
Kragujevac, Sokobanja, Knjaževac, Surdulica, Zaječar and Vranje. After all games were
played the best team was Kragujevac, but since they are the current Serbian champions and
they have reserved a place in the semi-final, they weren´t competing for the semi-final ticket.
With the same amount of points the second and third were Zaječar and Vranje. Well, the
better position in the last game paddle brought the silver to Zaječar.

Vranje started competition very promising with the best result (259 points) in flying water
polo. The big improvement showed Sokobanje (220 points) and Zaječar (209 points), winning
more than 200 point which is many more than on challenger in Knjaževac.

Vranje also took the first position in the second game of the night – tourist rescuing. They
rescued their ladies in 2:30 which were 13 seconds faster than Kragujevac – 2:43. This was
again 10 points for the home team and spectators were very delighted.

The third game was barrel race where the main part overtook ladies. In a photo finish we got
the winners – it was Kragujevac, finishing in 2:51, only one second faster than Surdulica
which got their first points in the competition. Vranje ended in the third position and took 6
points.

The next one was prosciutto – the game for the best sprinters of the teams. Kragujevac
expectedly won it with the time 23,78 seconds and took the lead in total standing. The big
applause and sympathies draw the lady competitor from Surdulica. She was actually the first
women to compete in this game and tried to compete with men. Great job!

Kragujevac solved the question of the winner in the water basket. They were managed to put
their four balls in the basket in 2:35. The second fastest was Zaječar and got much closer to
Vranje in total standing – the gap was only 6 points.

This time paddle was decisive about 2 nd to 5 th place. The most interesting was paddling for the
3 rd place in the game between Vranje and Sokobanja. For the silver medal in the challenger
Vranje should have win, but Sokobanja was better this time.

Medals for the best teams were presented by the major of Vranje sir Slobodan Milenković and
he thanked to the all teams to participate in the competition and for the courage they showed
during the games.

Čačak is the next destination of the City Games tour where the second Serbian semi-final will
take place. 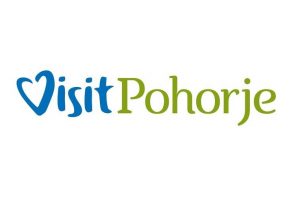 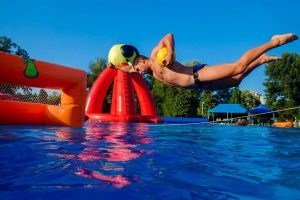