Although the concept of City games I supposed to have six teams in competition, seven teams participated the competition this evening.
Organizers, Tourist organization Bar and Adria events agency, simply had no choice but to allow all teams to participate.

The winner of tonight competition qualifies to finals that will be held on 24th August in Budva, but according to competitors, the fact that this was a first time for City Games in Bar was the real reason to participate.
It seems that Bar and City Games are meant for each other, and the format of the City games is something both teams and spectators were waiting for. The stands were almost too small for more than 1000 spectators and passers-by and the atmosphere they created pushed teams to give all they have. The sea of Bar Harbour was boiling for two and a half hours, supporters on stands were cheering and passers-by were dancing stimulated by great music and positive energy spread from City Games arena.

Competition was composed of five games: flying waterpolo, tourist rescuing, donkey race, water basket and paddle. Those games tested physical strength, team work and tactics of competitors. At the same time, those games allowed spectators to admire physical and tactical preparedness of teams, and also to have fun and enjoy unexpected situations during games in which, these top prepared athletes, were found themselves in.
Team Samoljot from Bar, Gathered again from Herceg Novi, Flying Šugamani from Kotor, Sea Stars from Bar, Budućnost from Podgorica, Mavrovo from Bar and Bar from Bar measured their strengths.

After all, it was obvious that some of the teams that participated this evenings competition certainly earned to get a Wild card invitation for Budva finals for the effort and skills shown and recognized by spectators.
After continuous changes in leadership the team from Herceg Novi Gathered again won. Second team, Flying šugamani was leading before the last game Paddle, but as already seen the Paddle game was a decisive one.
Home team from Bar ended third but, in spite of not so good final rank, organizers awarded them with Wild card invitation for finals in Budva. Captain of the home team Jelena said that they will train and prepare hard for the finals.

City Games continues its tour through Republic of Montenegro in Podgorica July 29th. 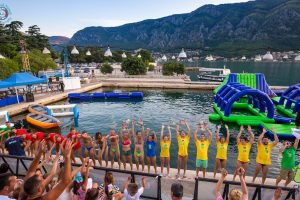 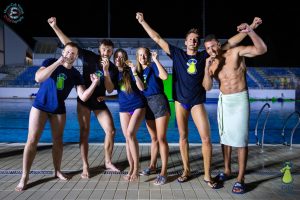