Teams came prepared and each of them wanted to win a prestigious title.

Team Tivat took an early lead after first game, but team Budva dominated in next three games and took a leading position which they preserved until the end of competition.

Team from Podgorica had a best result in water basketball and team Herceg Novi were second, after Budva team in most games preserving strength for final paddle game where they dominated and placed as second in overall standing. Bronze medals went to Tivat team being better than their opponents for bronze – Kotor team.

Vasilevski family from Russia described atmosphere and competition “We were never a part of a similar event. It made our holidays even better. It is our first time in Budva, but we are planning to come back. We will follow City Games on Facebook and plan to bring a team from our local club to compete. Thank you for beautiful evening.” 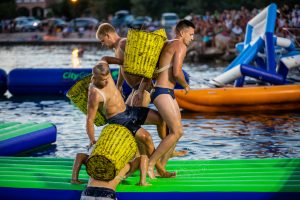 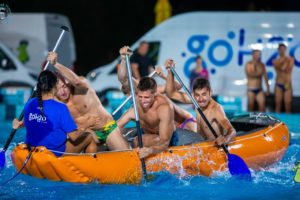