The first finalist team to introduce this year is Trebinje, team to represent Bosnia and Herzegovina. Bosnia already has experience in competing in City Games finals, but has never won a medal before. For Trebinje this season is the first one they are a part of City Games and they already took the crown in their country.

In team Trebinje we have mixture of many different athletes – they train swimming, athletics, judo and hiking. As their captain Gradimir Ćirić said, they were really satisfy with winning national final, since they compete the first time in City Games: ˝We didn´t have so much time and even equipment to practice as much as we wanted. Qualifying for the international semi-final is our biggest achievement. We will compete against very strong teams that already have experience, but we will still do our best to win one of the first two places to enter the final. We will play some new games in the semi-final and will try to learn them as fast as possible. But above all, we expect a good entertainment and hanging out. For us being a part of this project is totally new, but beautiful experience.˝ 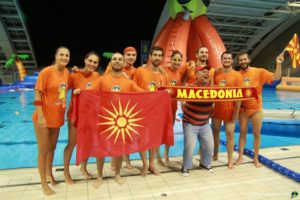