As we hear from the representatives of Bosnia and Herzegovina, preparations for the major international City Games finals are in full swing.

Two things motivate them the most: the fact that international finals narrowly escaped them last year, as well as the great support from the fans, many of which plan to come to Biograd and cheer for them loud and proud. According to their captain Ivan Buntic, although they are coming from the stony heart of Herzegovina, town of Čitluk more known for its wine sorts zilavka and blatina than its excellent swimmers, their role in the finals will not go unnoticed. Team consists of former tennis and karate champions, basketball players and coaches, even krav maga experts – so other teams better take them seriously! These young athletes plan to take advantage of this opportunity and do their best in achieving the best possible result. Who knows, perhaps even the ultimate City Games title will go to Bosnia and Herzegovina for the first time ever! 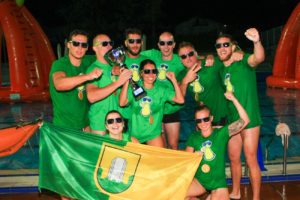 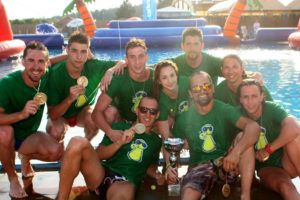