City Games tour was yesterday in Inđija, Serbia, and the weather was once again not on our
side. Rain that hasn´t stopped through the whole event couldn´t break the great atmosphere
and team spirit. Four teams competed for one free place for semi-final – Inđija, Kikinda,
Ruma and Veliko Gradište. They were playing flying water polo, barrel race, water alka,
prosciutto, water basket and paddle. It was the last one – paddle that decided the team to
qualify – it was lucky for Ruma. Kikinda yesterday won, though, but since they had already
qualified in Vrbas, yesterday´s semi-final ticket for Sombor went to second-placed Ruma. The
third one was home team Inđija, while the fourth position went to Veliko Gradište. They were
having so much fun and were sure they would have win if the weather was nicer since they
are not used to cold. The home team almost passed through to the next round but were not
disappointed due to their first appearance on City Games.

Ruma was very excited about their result and announced hard battle for Sombor: “This was a
great experience. The games were great and we showed how skillful we are. We didn´t mind
about the rain, we had so much fun. We are starting the preparation for semi-final
immediately because we would like to win,” said the captain of Ruma.

The president of the city of Inđija Vladimir Gak was an award presenter and he thanked to
everybody to be a part of City Games: “Thank you to all of the cities that came to the Inđija
and fairly fought on the competition. Big thanks also to the spectators which were great no
matter the bad weather. We are pleasured to host such a great sport event and we hope to be a
part of it also the next year.”

City Games tour continue already today in the evening – at 7 p.m. the next qualification in
Subotica in the pool “Dudova šuma” will take place. 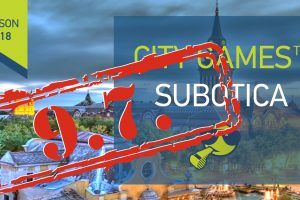 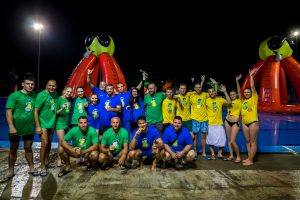