We got our first 2016 winners and a successful start to the new season!

Despite the unpredictable weather, the opening event fulfilled all our expectations and even more important, satisfied both the players and the audience. “Daj Mare” team from Krk won over “Zbrda Zdola” team from Poljica and “Udruga Mladih” from Omišalj, the youngest of all teams, thus winning the hearts of the audience. They entertained the crowd playing six attractive games: flying water polo, tourist rescuing, fisherman’s crates, tug of war, water basket and everyone’s favourite – donkey race. Prior to these senior teams, we enjoyed City Games juniors competing in 4 games. “Pobjednici” won over “Barakude”, “Terminatori” and “Morski psi” teams.

Omišalj winners “Daj Mare” continue to fight for the title of the best City Games team. In early August they will participate in Croatian semi-finals in Novalja, and if they show the same strenght and skills as yesterday, we might as well see them in the Croatian finals in Malinska or even big international finals in Biograd na moru.

City Games next stop today: Duga Resa, Karlovac county. June 18 we’re in Rabac and then Lovran on June 19. See you there! 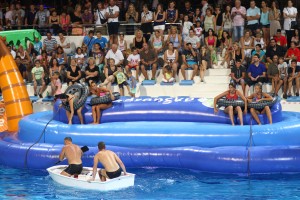 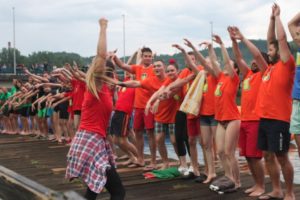