With the arrival of summer starts the new season of City Games, the widely popular sport entertainment games.

„When we started 10 years ago, we really did not believe that we will achieve this level and these numbers. Great interest of participating teams as well as the willingness of cities and municipalities to host this event enabled us to celebrate our 10th anniversary. In these 10 years, we have not only succeeded to remain present in Croatia, the country where the games started, but we have managed to spread the positive energy and cheerful spirit of the City Games to our neighbouring countries, and even further.

I would like to thank all partakers in this nine-year long project, which would be impossible without them. We will continue together.“ – said the Games author and CEO Miroslav Krzyk.

After nine seasons, 303 events and more than a million kilometres, this year’s City Games will be upgraded with a brand new scenography and numerous surprises for the competitors and the spectators as well. The records in 2019 of 150 registered teams and 34 different locations show the popularity of the Games. The City Games tour will be viewed by more than 50.000 spectators on the sport venues. The teams will compete in modern versions of traditional City Games such as: flying water polo, water tilting at the ring (alka), water basketball, rescuing of a female tourist, donkey racing, wine barrel racing and a regatta. A lot of adrenaline, team work and unforgettable moments are awaiting us in this new season.

After Sisak, the City Games will continue at full steam all over the region, southern Croatia and neighbouring countries that are unavoidable because we are bonded by unforgettable moments, great fun, and lots of adrenaline and new friendships that always bring us back.

“We invite all athletes, both professional and amateur, to register and represent their Cities at the Games. With some agility and team work it is possible to reach the finals and represent your Country. Be sure to come to the event, support your team and help them on their way to victory.” – concludes krzyk. 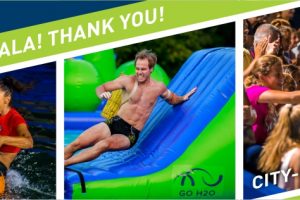 CITY GAMES 2018 - THANKS FOR YOUR SUPPORT 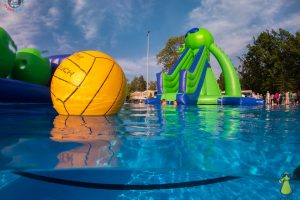