The final of City Games in Podgorica on the pool SC Morača gave the new champion of
Montenegro – it is Casa Igalo from Herceg Novi. In the organization of Glavni grad
Podgorice, Sekretarijat za kulturo i sport and Adria events agency for the best team of
Montenegro were competing Casa Igalo and Triatlonci from Herceg Novi, Leteći šugamani
and Seamont from Kotor, Budvanski plivači from Budva and the home team Podgorički
sunđeri from Podgorica.

The beginning of the competition showed the great performance of Casa Igalo. The results
420 points in flying water polo, 5.7 liters in wine and 2:19 in water basket were enough for
getting 28 points out of 30 possible in the first three games. Teams which tried to follow them
were Budva (Budvanski plivači) and Kotor (Seamont). Even though they played very good
the next games, they couldn´t reduce the gap for less than 4 points.

The game paddle gave two very interesting semi-final. Spectators witnessed the first semi-
final between teams from Herceg Novi – Triatlonci and Casa Igalo and in the second one
were teams from Kotor – Budvanski plivači and Seamont. The placement into the final for the
Casa Igalo already meant they won the competition and the team already started to celebrate.
In paddling for the third position Triatlonci won against Budva and reached the bronze medal.

The best team of Montenegro won worthy skiing weekend package on Mariborsko Pohorje
and staying at Gorski wellness center Bolfenk. After Montengero part of City Games, the tour
continues in Croatia and Slovenia where we are searching for the best national teams. 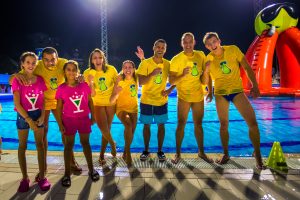 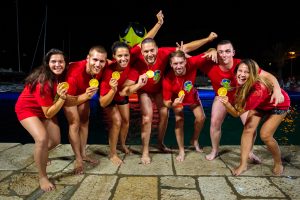