This was our 6th visit to Karlobag, so some of the teams are really experienced!

And you could tell that just by watching them play, you can clearly see the experience and skills, even tactics in their play. Which is all of course a nice bonus not just for them, but for the audience as well, since the games are more attractive.

Teams were competing in flying water polo, water basket, tourist rescuing, alka and tug of war. One of those experienced teams, named simply Karlobag, made sure everyone see how much they want to get to the finals. They won the gold, of course. Second-placed team Cesarica already won their ticket for semi-final, so the third placed Gadovi Plitvička Jezera got one of those as well. Bakar Kukuljanovo and Leona Karlobag teams were less lucky but still showed lots of good spirit. 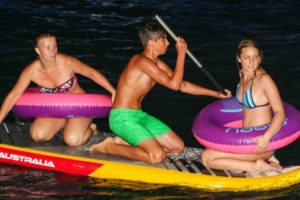 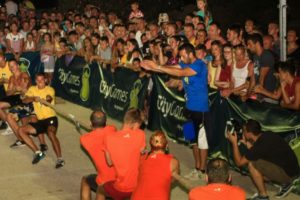