Six teams competed for the finals in Podgorica on July 7. With 50 points and huge support from the audience, winners were Jadran Škver, team consisted of the best Montenegro athletes, who saw City Games as a great mental preparation for upcoming Olympic Games in Rio. In the evening full of adrenaline, these guys showed they are more than ready to defend last year’s title of international City Games champions.

They have dedicated this victory to Vladimir Gojkovic, Montenegro’s water polo selector, but also their mentor and team player, who was absent due to preparations with the national team.

Other teams (Maškare, Adriatic Elite Fitness, Triatlonci, K.K. Primorje) had a bit less luck, but there was no dissapointment, as they all saw City Games as a great opportunity to have some fun and play various attractive disciplines.

Our next stop: Tivat! 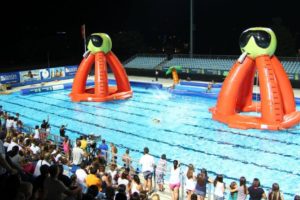 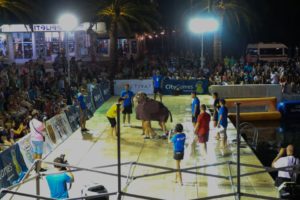